It may not be obvious to many, but employees who regularly use headsets and earphones in workplace environments like command and control rooms, call centres, trading floors, television broadcasting studios, and offices, may be at risk of developing hearing damage from these devices. This would also apply to employees working at home wearing headsets and earphones for online meeting purposes, which has drastically increased during the pandemic and may be more common practice going forward.

Employers are just as duty bound to offer such employees protection against hearing damage in accordance with the Control of Noise at Work Regulations (2005) as they are to other noise-exposed employees in industrial environments. So how should the noise exposure of these wearers be assessed against the legislative requirements?

We are probably familiar with measuring hazardous noise in industrial situations using a sound level meter in the vicinity of the worker’s ear. When trying to adopt best practice, the aim is to locate the sound level meter at a position where the effects of body reflections are minimised. The sound field at this location is described as the ‘undisturbed field equivalent’, and therefore the measured levels here are considered as representative of the noise that the worker is exposed to. Regulatory limits are based on measuring noise this way.

In the case of a assessing a headset or earphone, you certainly shouldn’t bring the microphone of the sound level meter against the device and use the measured result for predicting the daily personal noise exposure. The result would be invalid. Instead, it is more appropriate to use a specialist piece of equipment called a manikin. 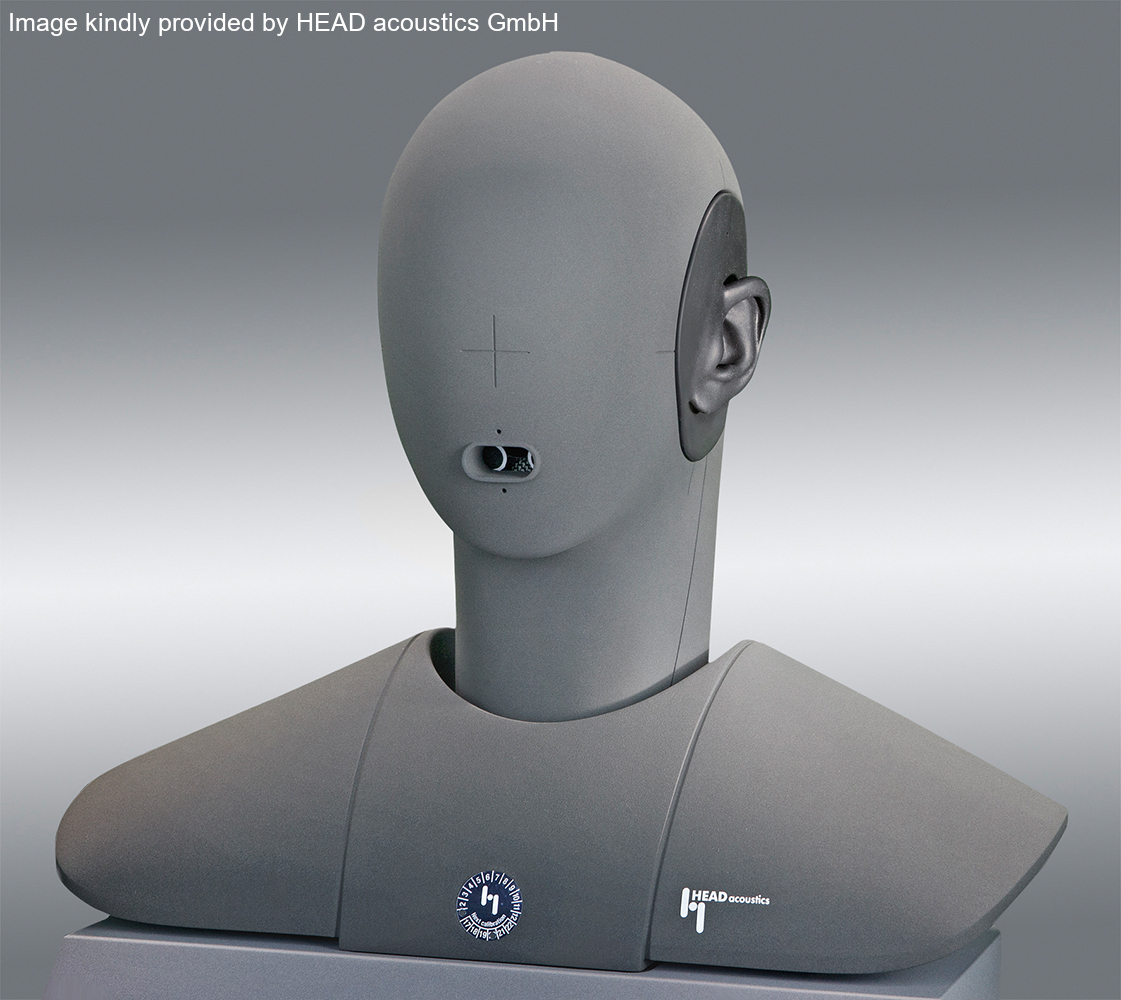 The manikin is comprised of a simulated head with either a full torso or shoulders only, and is known as a Head and Torso Simulator (HATS). The head part incorporates an artificial ear which is a realistic flexible structure (the pinna and concha) that is made from a soft rubber material, a cylindrical ear canal, and a microphone at the end. This microphone is situated where the ear drum normally lies. The HATS is an anatomically averaged representation of the human head, pinna, concha, and ear canal and specifically designed to international standards.

The headset, or earphones, should be carefully mounted on the HATS and the acoustic output of the devices are measured by the manikin’s microphone. However, it is not appropriate to use this result directly for predicting the daily noise exposure as it needs processing first. To understand why, requires a knowledge of the Head Related Transfer Function (HRTF).

The ear canal acts as a resonant tube and when sound enters and travels through it, frequencies between 2kHz and 4kHz are amplified. As a consequence, at the eardrum, the sound may be boosted by up to 15dB (depending upon the frequency spectrum of the noise) compared to the ‘undisturbed field equivalent’, position (B in figure 1).

A correction is therefore required to convert measurements at the eardrum (A in figure 1), for noise exposure prediction purposes. The correction to be applied is the HRTF, which is frequency dependent, and usually stated in intervals of 1/3rd octave bands (see figure 1) for computational purposes. Manikin manufacturers should be able to provide the HRTF data on request. 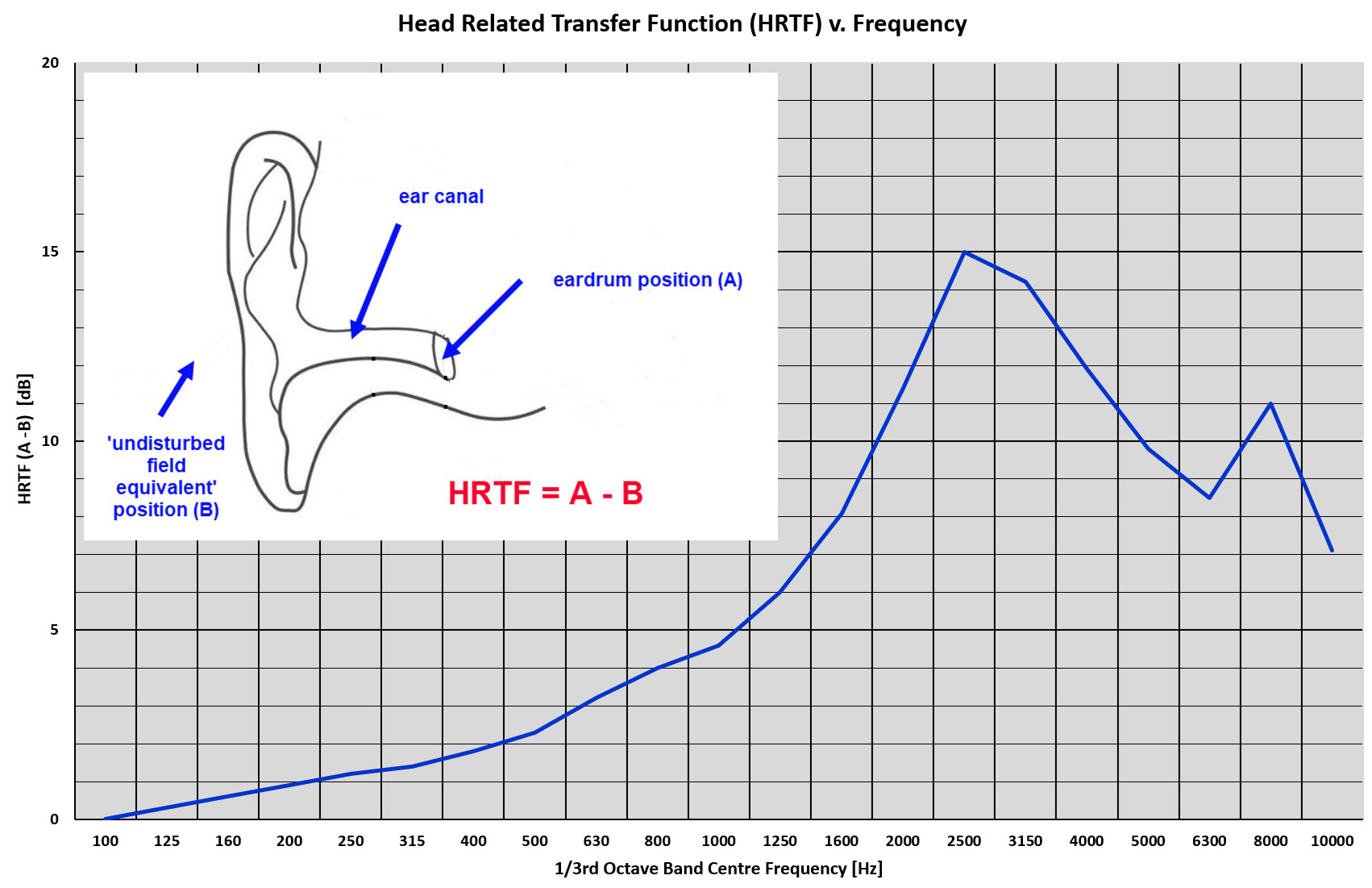 Each of the spectral components at position B must then be ‘A’ weighted and summed to give the overall ‘A’ weighted ‘undisturbed field equivalent’ sound pressure level. It is this result that may be used to predict the daily noise exposure of the headset wearer, and therefore compared against the regulatory limits.

Note that without applying the HRTF correction, there’s a high risk of drastically overestimating noise exposure if the sound pressure level measured result at the eardrum position is used to predict the daily noise exposure.

ISO 11904 – 2 specifies a test method (using a manikin) that can be used to determine the noise exposure from sound sources like headsets and earphones. This standard specifies an HRTF which is often closely matched to the manufacturer’s specified HRTF.

It is also possible to measure the noise in a real ear as produced by a headset, where a miniature or a probe microphone is inserted at the entrance of the ear canal of the headset wearer. This is often known as the Microphone in Real Ear (MIRE) technique of measurement. ISO 11904 – 1 specifies a test procedure to use for determining the noise exposure.

Each ISO method, whether using a manikin or MIRE method has its practical limitations. For example if the exposed person is using earphones that sit in the concha, or in the ear canal, then using the MIRE technique may not be practical. However, if the exposed person has to operate equipment at a fixed position, then he/she cannot be replaced by a manikin. The MIRE method may be more practical under this circumstance.

You may well ask, how can the noise exposure be controlled so that harm to hearing is minimised? The obvious solution would be to turn down the volume (or electronically limit) the audio to the headset or earphone but if the background noise is too intrusive, doing so may degrade speech intelligibility.

Effective ways to reduce or suppress background noise could be as simple as applying acoustic treatment to reflective surfaces such as ceilings and walls, locating noisy equipment away from those wearers affected, and introducing screening around the headset users. This should increase the signal to noise ratio and boost the ability to communicate more effectively. 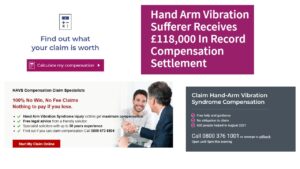 The ‘no win no fee’ risk to employers for hand arm vibration syndrome (HAVS) claims, and what the REAL costs may be

If you have employees using powered vibratory hand tools with poor protective controls in place, then they may […]

READ MORE
We use cookies on our website to give you the most relevant experience by remembering your preferences and repeat visits. By clicking “Accept All”, you consent to the use of ALL the cookies. However, you may visit "Cookie Settings" to provide a controlled consent.
Cookie SettingsAccept All
Manage consent

This website uses cookies to improve your experience while you navigate through the website. Out of these, the cookies that are categorized as necessary are stored on your browser as they are essential for the working of basic functionalities of the website. We also use third-party cookies that help us analyze and understand how you use this website. These cookies will be stored in your browser only with your consent. You also have the option to opt-out of these cookies. But opting out of some of these cookies may affect your browsing experience.
Necessary Always Enabled
Necessary cookies are absolutely essential for the website to function properly. This category only includes cookies that ensures basic functionalities and security features of the website. These cookies do not store any personal information.
Non-necessary
Any cookies that may not be particularly necessary for the website to function and is used specifically to collect user personal data via analytics, ads, other embedded contents are termed as non-necessary cookies. It is mandatory to procure user consent prior to running these cookies on your website.
SAVE & ACCEPT